The official Twitter channel of Kusama announced the result of the 21st parachain auction on Monday, January 17th. According to the announcement, Integritee Network has secured the 23rd parachain slot thanks to the contribution of 3000 network stakeholders who locked KSM tokens in the Integritee crowdloan.

After winning my 21st auction, Integritee will be onboarded as my 23rd parachain [20-auction winning parachains, plus #Statemine & @encointer] at the start of lease 19. Three thousand network stakeholders locked up KSM in favor! pic.twitter.com/ob3wREf38A

After winning my 21st auction, Integritee will be onboarded as my 23rd parachain [20-auction winning parachains, plus #Statemine & @encointer] at the start of lease 19. Three thousand network stakeholders locked up KSM in favor!”

According to the data provided by Polkadot.js, the Integritee Network collected 20,000 $KSM in its crowdloan from its backers. With the parachain slot secured, Integritee will now be onboarded on Kusama at the start of lease 19 that will begin on February 21, 2022. It will remain connected to its slot for the next 48 weeks.

These 3000 contributors will now receive TEER, the native token of integritee, rewards from the team. According to a blog post, each crowdloan participant will receive 40 TEER for every KSM he contributed.

What Are Parachain Auctions?

However, only a limited number (100) of parachains can be plugged into the Kusama and Polkadot’s Relay Chain. Therefore, auctions are being conducted to fairly distribute parachain slots to teams building parachains.

As of now, 21 auctions have been concluded. The first auction began on June 15, 2021. The auctions are being conducted in batches. There were 5 auctions in the first batch. Six, four, and 5 auctions were conducted in the next three rounds respectively.

The recent auction won by Integritee was the first auction of the 5th round. Parachain auctions for the Polkadot are well underway. The 7th parachain auction has recently been concluded with Composable Finance as the winner.

Integritee Network: What is it?

Integritee Network is a substrate-based blockchain built to be a parachain on Polkadot and Kusama. It aims to provide the most scalable public blockchain solution for securely processing sensitive business or personal data.

Using a combination of the public blockchain and confidential computing, Integritee enables “sensitive business or personal data to be securely handled in an interoperable blockchain ecosystem. This enables developers and firms to build decentralized, data-driven products and services, without compromising on privacy,” says the website.

Is Do Kwon’s Terra Recovery Plan Part Of A “Kill Switch” Protocol?

Sandbox (SAND) Jumps 16% Ahead Of Listing On This Top Exchange

Is Do Kwon’s Terra Recovery Plan Part Of A “Kill Switch” Protocol?

Sandbox (SAND) Jumps 16% Ahead Of Listing On This Top Exchange

Metaverse Startup Affyn Raised $10.4M in Its Presale Round 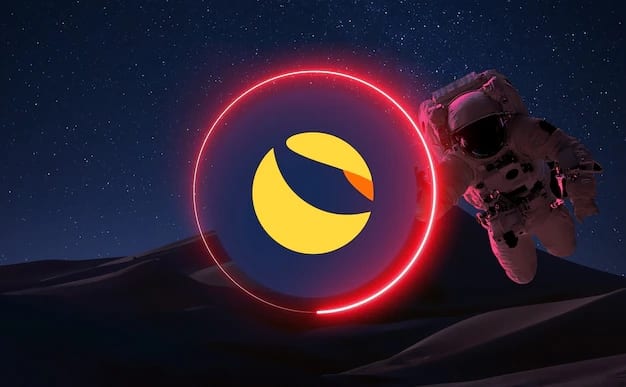 Terra Ecosystem Announces Some Key Amendments to Its Revival Plan

Beware, Bitcoin Jumping Back Above $30,000 Could Be A Dead Cat Bounce, Here’s why

Bitcoin Price Could Hit As Low As $7,000 Before Next All Time High: Economist